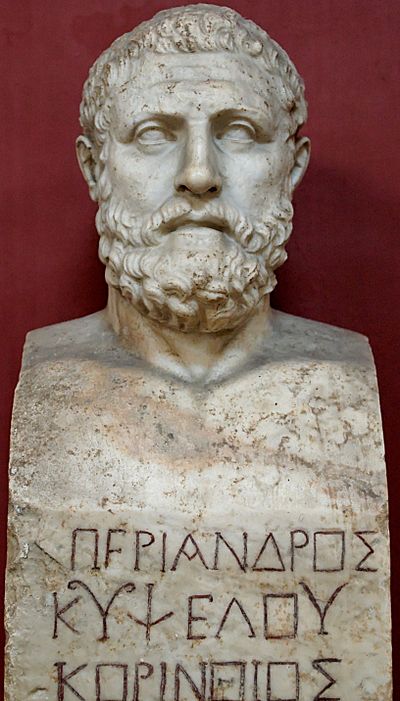 “A Greek Hamlet” fictionalizes and revises the story of Periander, Tyrant of Corinth in the 6th century BC, as found in Herodotus, focusing on character development: the more empathetic side of Periander and the psychological dilemmas of his son Lycophron. The story is evidence of the reception and adaptation of ancient Greek history and/or myth by Victorian popular culture. At the same time it combines ancient Greek with Shakespearean narrative, casting a familiar light, Hamlet’s story and themes, on a distant and unfamiliar topic, setting, and time period. Victorian periodicals often published adaptations of Shakespeare or critiques of his work which applied current political, social, and cultural concerns to his plots and themes (see Adrian Poole, Shakespeare and the Victorians, 2003; Kathryn Prince, Shakespeare in the Victorian Periodicals, 2008). “A Greek Hamlet” achieves a similar result, popularizing the story of the Greek Tyrant and making it accessible to a wide readership.

Towards the end, the story compares Hamlet and Lycophron, emphasizing, with didacticism, the difference between fiction and fact; dramatic climaxes and poetic justice vs remorseless action and enduring injustice: “but so life acts remorselessly without a thought of Art” (527).

Below are a few extracts that demonstrate the tale’s psychological focus and the application of Shakespearean themes to the ancient Greek story.

“When [Periander] saw Lycophron moving across the marble floor like a gloomy shadow, when all the games and feasts became dreary, and the beautiful world itself as if an icy wind had blighted it, because of the absence of his boy, think ye there was no punishment accorded to Periander? He asked of his priests and of his soothsayers, and all the wise men of his court to find out and tell him what was the cause? And he took aside into a corner, one by one, the old comrades of Lycophron, and promised them rich rewards if they would discover the secret of his melancholy.” (515)

“What had life now for Lycophron? Not vengeance, for the criminal was his father; not forgiveness of injury, for the victim was his mother; not easy acceptance of the unchangeable, for it was not in is nature. Periander had not changed the situation by sending his son out of his house; he was still there, the spectator, the stern protestor against some unknown evil, distracting the mind of the monarch, who could bow everything to his will except the kindred will, like his own in force and vehemence, of his boy.” (516)

“We have called this austere and melancholy hero a Greek Hamlet. It is unnecessary to point out the remarkable resemblance between the early facts of the story and those which shape the career of Shakespeare’s great creation, perhaps the most universally interesting of all poetical personages. The comparison cannot, any more than any other comparison, be carried out to the end; but if Hamlet’s inaction has been the bewilderment of all modern critics, what must the still more extraordinary attitude of Lycophron have been to the mind of his contemporaries, all inexperience in their philosophies? … The same paralysis of action and despair of thought are in the later and sublime sufferer, whose fate after all was not so terrible as that of Lycophron, since Hamlet’s mother, though culpable, was not the murderess of her husband.” (525-526) 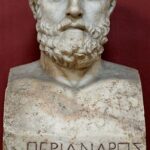 Periander, Roman copy after a Greek original of the 4th century BC, Vatican Museums 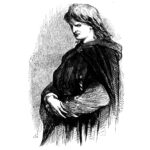 Illustration of Hamlet from The Works of Shakespeare, illustrated by John Gilbert, 1866

Leave a Reply Cancel Reply
You might also like
One of the following
“A Legend of Corinth” by Elizabeth Youatt (1843)
A Week in 1870s Athens
Meteora: “The Monasteries in the Air” in the Victorian periodical press, 1880 and 1888