Annie Brassey at Cephalonia (1878) https://revictoproject.com/wp-content/uploads/2021/12/002-Brassey-group-banjo.jpeg 576 480 REVICTO REVICTO //revictoproject.com/wp-content/uploads/2020/02/revicto1.png 15/12/2021 15/12/2021
Lady Anna (Annie) Brassey (1839-1887) was an English travel writer married to the liberal politician and Civil Lord of the Admiralty, Thomas Brassey. The Brasseys sailed the Mediterranean in 1874 and 1878 on board the Sunbeam and Annie Brassey’s account of their travels made her an extremely popular author of the Victorian period. According to Sarah French, curator of the series of photographs “Doings of the Sunbeam: Photographs of a Victorian Voyage” available at https://2020.photofringe.org/exhibitions/doings-of-the-sunbeam-photographs-of-a-victorian-voyage/view, Brassey’s A Voyage in the Sunbeam: Our Home on the Ocean for Eleven Months (1878) became an international bestseller. As French notes, “Brassey was born in 1839, the year that the medium of photography was first announced to the world” and was thus “fully aware of the potential for this new medium to document her voyages” (n.p.). In 1873, Brassey became a member of the Photographic Society of Great Britain (Royal Photographic Society), which was open to both men and women since its founding in the early 1850s (French n.p.). Sunshine and Storm in the East, or Cruises to Cyprus and Constantinople was her second book about the Mediterranean, published in 1880 by Longmans, Green, and Co. The volume advertised its “upwards of 100 illustrations chiefly from drawings by the Hon. A.Y. Bingham” and, in her Preface, Brassey noted M. Gustave Doré “for the design of the cover” (viii) and the photographs taken by herself (ix). The following passage is from Chapter IX entitled “Zante, Ithaca, Cephalonia, Corfu, and Albania” and describes a typical scene from the November olive harvest in Cephalonia:

The Island of Cephalonia is very rough and rugged, and though every scrap of ground is cultivated and made the most of for the currant vines, the general effect is bleak and bare—very different from Zante. There are no orange trees, only old gnarled grey olives, like forest-trees. From these the natives are now gathering the fruit, a curious picturesque sight it is—boys in the trees, men below beating the branches with long sticks, and women and girls picking up the olives as they fall into cloths spread underneath. They are taken to the mill and crushed. The first good oil is sold for exportation, the second pressing is kept for home consumption by the peasants, or else the olives themselves are eaten without being pressed again. Olives, either pressed or unpressed, form, with bread and a little sour wine, the staple diet of the peasants here; and when really ripe they contain so much oil as to be almost as nourishing as a meat diet, besides being much more wholesome in a hot climate. (135)

Having offered this detailed and realistic description of peasant life, Brassey quickly passes to an entirely different topic:

There is a very good Italian opera company playing here as well as at Zante, and we are anxious to go and hear them; but this being the first night of “Rigoletto,” it was quite impossible. Every seat was taken. Some of the servants went, and said that the theatre was small, and the scenery bad, but that the acting, singing, and dresses were all good, and that the ladies in the boxes were very well dressed. Cephalonia appears to be the least interesting of the islands, and has the fewest classical associations. (135-136)

Brassey’s casual shift within the same page from the realities of agricultural activity to a snapshot of the cultural life in the Ionians should perhaps be read as indicative of her writing, which ambitiously attempts to encompass the many aspects of local life. 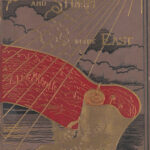 Image 2: Cover design by Gustave Doré. From: Annie Brassey. Sunshine and storm in the East, or Cruises to Cyprus and Constantinople [FCDO Historical Collection D972 BRA].

Brassey, Annie. Sunshine and Storm in the East, or Cruises to Cyprus and Constantinople. London: Longmans, Green, and Co., 1880.

Leave a Reply Cancel Reply
You might also like
One of the following
“A Greek Hamlet” (1880)
A Week in 1870s Athens
Meteora: “The Monasteries in the Air” in the Victorian periodical press, 1880 and 1888

REVICTO at the International Conference “Through the Pen of Others: Nineteenth-Century Views of Revolutionary Greece”, Athens, 8-11 December 2021

Byron’s The Isles of Greece Revisited in 1897