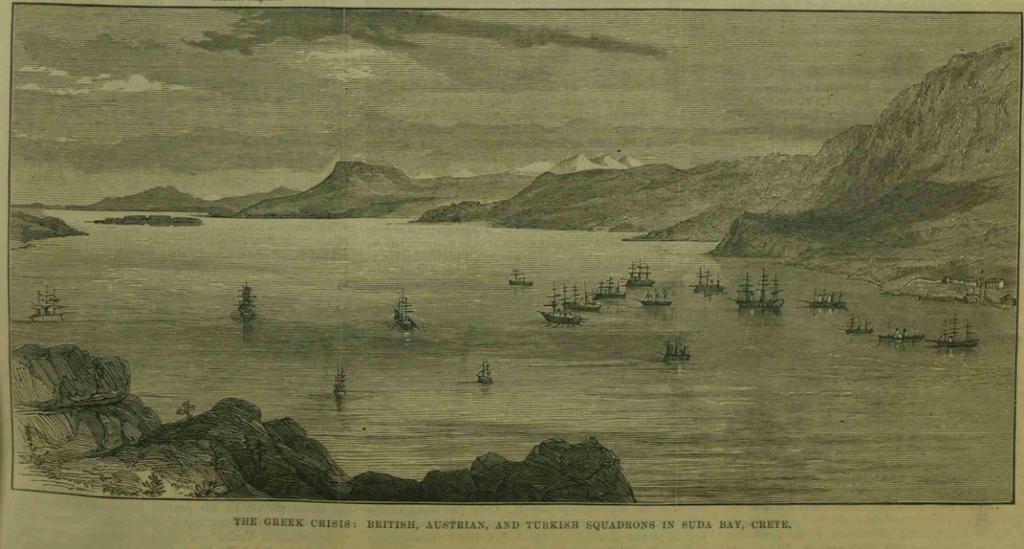 In November 1875, the Liberal London newspaper The Daily News (22 November 1875, p. 4) responded to the building Eastern crisis by suggesting that Britain’s Eastern Question should not be a matter of maintaining Ottoman integrity but of “keeping open of our highway to the East”. This, the newspaper argued, would be guaranteed by the future prospect of Britain being given control of Crete. Read a short extract below:

“The Eastern Question then is clearly not for us any longer a question of the maintenance of the Ottoman power in Europe. We may wish it well but it is no business of ours to fight for it, and we have not any longer a hope that the regeneration of Turkey is among the possibilities of European politics. But the breaking up of Turkey, if it is to be broken up, will render it necessary that we should consult for our interests in the new condition of things. What, then, let us ask again, constitutes in plain words the Eastern Question for us? It is, we are inclined to think, simply the keeping open of our highway to the East. There is one thing, at least, which we cannot lose sight of in any confusion that may arise, and which we cannot surrender in any proposed readjustment of interests, and that is the command of the Isthmus of Suez, and of course the Canal. It is simply out of the question that we could run the risk of having this pathway closed to us and having our ships again compelled to get to India as Vasco da Gama did, by rounding the Cape of Storms. We might, indeed, insist upon having the command of the Island of Candia, where an excellent harbour would give us the freedom of the Levant and secure us against the caprices of the policy of other States in that region. […] We mean to hold our Indian Empire and the highway to it, whatever difficulties may arise. That is our policy, clear and distinct, whatever comes.”

Leave a Reply Cancel Reply
You might also like
One of the following
Cretan Amazons: A dress destined to affect the Parisian and English fashions (The Penny Illustrated, Jan. 1869)
The third Zappeian Olympiad in Macmillan’s Magazine in 1875
A Mountain Stronghold in Crete [1895]