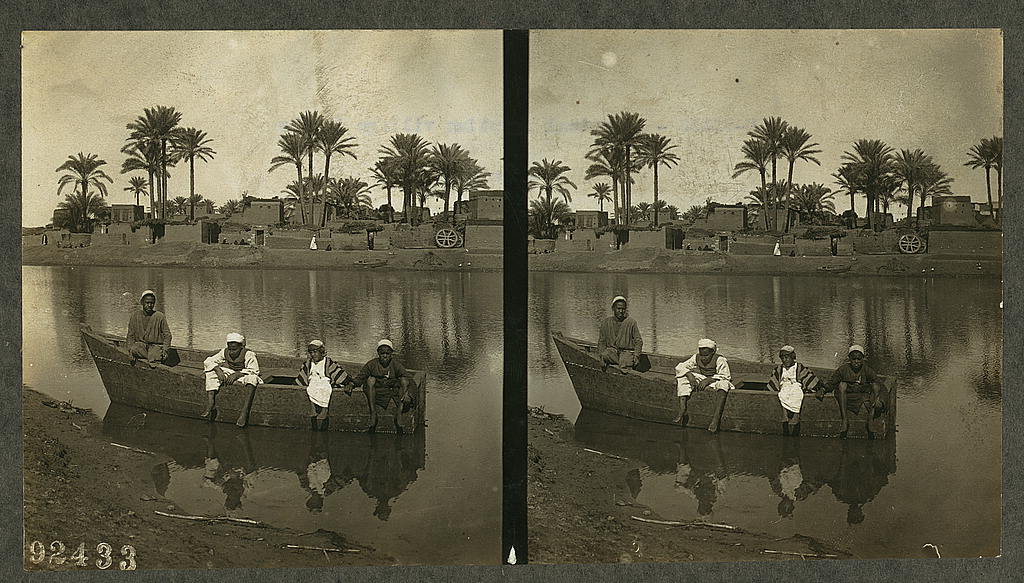 In 1870, just after the Cretan Revolt of 1866-1869, Mary Louisa Whately (1824-1889), an English missionary in Egypt, published a story entitled “The Greek Slave,” returning to the figure of the Greek captive almost fifty years after the Greek Revolution. Whately spent over 30 years in Egypt, creating schools for girls and boys of the lower classes and authoring 12 books on her missionary work and life in the country. The story of an old Greek woman from Crete, encountered during one of her missionary journeys to the villages along the Nile, appeared in The Sunday at Home: A Family Magazine for Sabbath Reading, a weekly magazine published by the Religious Tract Society in London from 1854 to 1940.  This popular family magazine was an example of the “Sunday reading” genre of periodicals, which aimed to provide religious and moral entertainment for families to read on Sundays. Characterized by religious evangelism, Whately’s account places a captive Greek woman in contemporary Egypt as a lost Christian soul among “rude Moslem peasants,” as the narrator puts it (407). The article’s title evokes the cliché of the beautiful Greek captive (alluding to Hiram Powers’s famous sculpture The Greek Slave and to other paintings on the subject) only to subvert it:

How often we have seen pictures with this title! A beautiful girl in an attitude of despondency, — a charming ideal figure. But some years ago the weeping Greek slave was no ideal; in sad reality hundreds of young girls were dragged from their miserable parents by the Turks, and doomed to spend their lives among foreigners of a strange and hated creed… In the time of the Greek war everyone knew of this as a fact, and the deep sympathy felt in Europe was of course what inspired all the pictures and poems on the subject; but it is an old story now, and the interest has died away. However, the individuals who suffered in that terrible war are not all dead. It was recently my lot to fall in with a real living Greek slave; and perhaps the brief and imperfect account of her life, which I gathered from a few words, and the way in which I became acquainted with her, and tried to bring the truth and comfort of the Gospel before her, may not be without interest for English readers. … I must premise that my Greek slave was neither young nor beautiful, however; and indeed if the date of the Greek war of independence is recollected it will be seen that anyone taken captive at the at time must be past not only youth but middle age.  (406)

As the narrator and her company travel along the Nile, they reach an island with a village of mud huts and decide to “scatter a little of the good seed,” to preach the gospel. When they get invited to a house and settle in a courtyard “as rude and primitive as possible, and as dirty as primitive things are apt to be” (406) to read from the Bible, the narrator notices

an elderly woman, who struck me at once as being very unlike the others in physiognomy and manner, …. cleaner in appearance, and of a fair skin; though worn and wrinkled, her features wore traces of former beauty, but the air and manner altogether were more uncommon than the face, they had something of refinement, as it seemed to me, not usual to find in a mud hut…. [The old woman] begged us earnestly to come again next day, and her sorrowful looking face seemed to me as if its owner needed consolation for some peculiar reason. (407)

A young man informs them that

she was a Greek, who had been taken captive in the old war long ago, by a Turk, or an Arab in the Turkish service, a great man in that neighborhood it was said, and had been given in marriage to a peasant in the village…. It was evident that the unfortunate woman had been in a much higher position of life originally… she was not like the rest, but used to good manners.

On the following day, the narrator revisits the old woman to ask her if she has heard of the gospel. The Greek replies, “‘Yes, yes,’ … ‘formerly; but it is so long ago I have forgotten it all’.” She reveals that she is from Crete, taken from her home and family during the war and brought to Egypt by “a great man who had property yonder.” Wondering “whether she had been old enough to have retained some recollections of a Christianity far from pure, and mixed up with man’s inventions as is the Christianity of the Greek Church,” the narrator persists asking her if she “recollected the name of the Lord Jesus, and what he had done for her. “‘I used to hear it all, but I forget now,‘ she replied” (408).

In the end, the missionary speaks of salvation despite her concern that “The ignorance of women in Egypt is such, that it is not easy to make them understand even in their own language, unless the words are in the commonest use” (408). The only freedom this obscure slave may hope to find is clearly not in this world:

The poor Greek repeated, ‘The love of God! Yes, that is better than anything.’ Looked at me in silence, and as one half-awaked from along stupor. No wonder, after such blank existence as she must have led in that obscure hut for so many years. But there was an awakening; … Thirty years or more of slavery are indeed a heavy burden, but ‘If the Son shall make you free, ye shall be free indeed,’ saith the saviour to those bound by sin. A few more days of earthly captivity, and then the mud hut exchanged for a brighter home than her beautiful island of Crete. (408)

Featured Image: “A typical Egyptian village in the Nile Valley” by Underwood and Underwood, Library of Congress.

“A Modern Nausicaa” and Tourism in Corfu