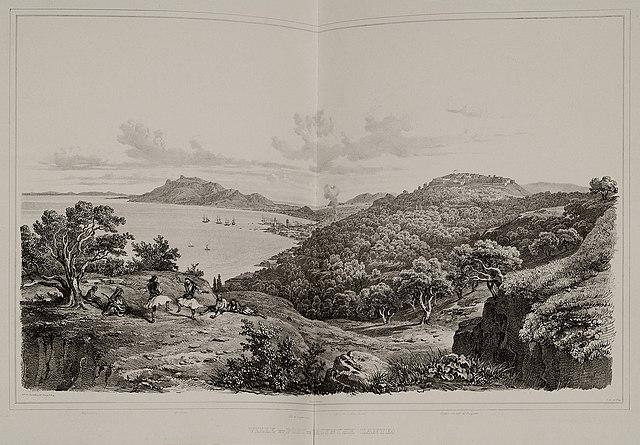 Despite never having visited Greece, the American Edgar Allan Poe (1809-1849) seems to have been deeply impressed by the literary figure of the British Lord Byron and his Philhellenic stance. In fact, Poe’s sympathy for the Greek cause may have even led him to claim that he left “without a dollar on a quixotic expedition to join the Greeks then struggling for liberty” (Woodberry 815). This tale of imaginary travel is indicative of Poe fashioning his autobiography and, quite symbolically, has the poet follow in the footsteps of Lord Byron whose demise at Missolonghi had become legendary. Thus, the sonnet can be contextualised within the tradition of Hellenism and Poe’s admiration for antiquity.

Fair isle, that from the fairest of all flowers,
Thy gentlest of all gentle names dost take!
How many memories of what radiant hours
At sight of thee and thine at once awake!
How many scenes of what departed bliss!
How many thoughts of what entombed hopes!
How many visions of a maiden that is
No more — no more upon thy verdant slopes!
No more! alas, that magical sad sound
Transforming all! Thy charms shall please no more —
Thy memory no more! Accursed ground
Henceforth I hold thy flower-enamelled shore,
O hyacinthine isle! O purple Zante!
“Isola d’oro! Fior di Levante!”

The “Sonnet – To Zante” was originally published published in 1837, in The Southern Literary Messenger. The poem reads as a reflection on the beauty of the island combined with the remembrance of a maiden that has passed away; death turns the lush, beautiful landscape into “accursed ground” to Poe’s mind and the Flower of the Levante begets the memory of the deceased.

Burton R. Pollin discusses Poe’s “probable misconceptions about the flower origin of the name ‘Zante’” (303) and the poet is said to have borrowed from Chateaubriand “the false derivation of the name of the island—from the hyacinth plant (υάκινθος) rather than from Zacynthos (Ζακυνθος), an error rather easier with the French form, jacinte, than with hyacinthe” (Pollin 311). Pollin notes “the associations that the Ionian island of Zante would have for an educated young man in the 1820’s” (304), arguing that “Lord Byron’s death in 1824 at Missolonghi, directly opposite the island of Zante—a death which seemed to be a sacrifice to the cause of Greek freedom […] had been so appealing to Poe that he himself tried to create the legend of his enlisting in the Greek revolutionary effort” (305). As a matter of fact, following his death on April 19, Byron’s body was transported to Zante on April 25th, in a sealed coffin where it remained for almost the whole of May (Pollin 307).

This information forms an interesting triangle that links the island of Zante, to the University of Virginia, where the American poet was a college student, via the legendary figure of the Byron, a figure predominantly associated with Greece and Philhellenism in the Victorian public discourse. Pollin suggests that “the role of Greek Zante in the funeral rites of Byron first brought the island to Poe’s attention as ‘accursed ground’ although beautiful in itself, being ‘hyacinthine,’ ‘purple,’ ‘flower-enamelled,’ and golden” (309). Thus, Poe’s fair maiden and his “entombed hopes” may be alternatively read as a reference to the demise of Lord Byron that foregrounds the role of the British poet in the contemporary American imaginary on Greece. 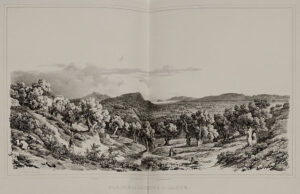 Leave a Reply Cancel Reply
You might also like
One of the following
Mary Shelley (1838), ‘Euphrasia: A Tale of Greece’, The Keepsake.
Zakynthos: Murderers and Currants. Excerpt from a 1870 novel reprinted in The Northern Star.

The Greek Maiden and Filial Love in the Dublin University Magazine (1847), Part II