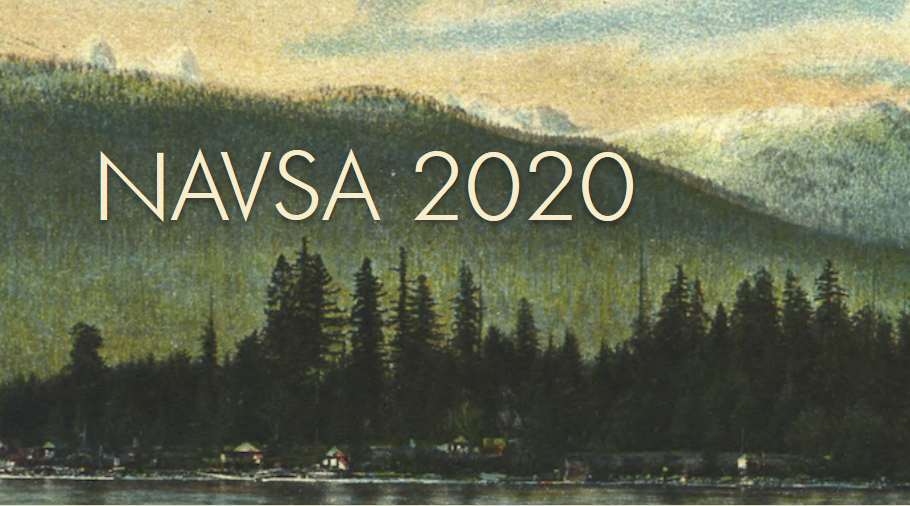 We are very pleased to announce that REVICTO will be travelling to Vancouver for the annual North American Victorian Studies Association (NAVSA) conference in November 2020! (change of date for November 2021 due to covid-19)

Below are the submitted and accepted abstracts of two of our team members, Professors Efterpi Mitsi and Anna Despotopoulou.

My paper will explore the question of nostalgic Philhellenism in the Victorian era, examining receptions of the Greek War of Independence (1821-1828) in Victorian popular literature and culture. By focusing on the trope of the Greek slave, the captive Greek woman, as it emerges in fiction and travel narratives published in magazines from the late 1830s to the 1870s, I will discuss the association of Victorian gender, imperial and national politics with the legacy of Greek Revolution. Stories by authors like Mary Shelley (‘Euphrasia: A Tale of Greece’, published in Keepsake) and Julia Pardoe (The Romance of the Harem) placed the ‘Greek slave girl’ in the Turkish harem not only to arouse sympathy for the enslaved women but also to appeal to a readership interested in exotic and heroic tales. The persistence of the trope years after the founding of the Greek state (1832) relates to the ‘woman question’ and the enfranchisement of women while also reflecting political concerns about the parts of Greece still under Ottoman rule. In the late 1860s and 1870s, stories about Greek enslaved women, such as ‘Vasilissa’ in New Monthly Magazine and ‘The Greek Slave’ in Sunday at Home, revisit the Greek War of independence and its aftermath in the context of the ‘Eastern crisis’ and the British colonial presence in the Eastern Mediterranean. These largely neglected texts provide the opportunity of considering the role of Modern Greece in the Victorian period beyond the division between Hellenism and Orientalism, questioning traditional definitions of Philhellenism. This research is part of a project entitled ‘Representations of Modern Greece in Victorian Popular Culture’ (#2652), funded by the Hellenic Foundation for Research and Innovation (HFRI).

Unsettling women: Greece’s War of Independence through the lens of Victorian popular culture

This paper will explore the way Victorian popular texts perceived and often re-imagined the Greek War of Independence (1821), raising sympathy, anxiety or even contempt for the new Greek nation and identity. Focusing on Victorian popular representations of heroic women involved in the insurrection, the paper will depart from more common readings of the impact of classical traditions on British culture. Fictional stories which feature modern Greek women construct myths which, depending on their period of publication (early or late Victorian) rehearse or challenge gender stereotypes. Often based on real battles or incidents of the Greek revolution (e.g. the naval battle of Spetses), stories published in Victorian periodicals present Greek women poised between western ideals of womanhood and eastern otherness, allowing for the expression of a variety of impulses and desires. While early Victorian stories concentrate more on these women’s devotion and self-sacrifice, late Victorian approaches showcase the active roles of women in the revolution and later, with detailed descriptions of intrepid women who bravely aided the battle or even bore arms and fought the Turks themselves, sometimes wearing men’s clothes and taking on male names. Ethnographic accounts such as Lucy Garnett’s (1899) point out the effect of Turkish seclusion on Greek women but also emphasize their growing agency as wives, mothers, and workers. For example, Garnett describes their active contribution to the economy of northern Greece (still under Turkish occupation) by working in the fields or, in Crete, the lucrative silk industry. The paper will therefore explore the ways in which texts presenting unsettling Greek women provided the British audience with new paradigms of womanhood while also actively shaping the role of modern Greece in nineteenth-century Europe. This research is part of a project entitled “Representations of Modern Greece in Victorian Popular Culture” (#2652), funded by the Hellenic Foundation for Research and Innovation (HFRI).

Leave a Reply Cancel Reply
You might also like
One of the following
Sophia Tricoupis, hostess and “mistress of socio-political diplomacy”
A heroic Greek woman in ‘The seamen of the Cyclades’, 1849
Anon. (1838), “The heroine of Suli”