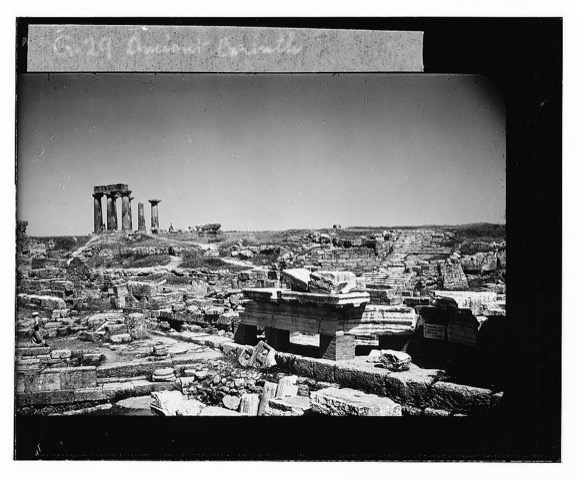 Travelers’ accounts were one of the first registries of the Victorian “disillusionment” with modern Greece, especially during the early years after the end of the Greek war of independence. As seen in the extracts below, travelers were not met with the idyllic antiquity, which they perhaps expected, but with a broken land. The passages come from W.F. Cumming’s journal published in 1839, Notes of a wanderer, in search of health through Italy, Egypt, Greece, Turkey up the Danube, and down the Rhine, anddescribe his impressions of his stay in the Greek town of Corinth. The information we get about William Fullerton Cumming from his book is that he belonged to the “Late Bengal Medical Establishment”, was a member of the “Royal Physical society of Edinburgh”, an “Associate Member of the Egyptian society of Cairo”, and “Corresponding Member of the Medical Society of Athens”. This array of professional and vocational titles offers an idea of his peregrinations and interests in travelling.

After his arrival at Corinth, the author exemplifies the feeling of desolation provoked at the site by comparing it to the emblematic Pompei and evoking its connotations of utter destruction.

Miserable town Corinth! one vast ruin, the work of the Moslem; I have seen nothing so melancholy—street after street of roofless houses. Pompei is positively more cheerful. What so dismal as a modern ruin? (97)

He continues on a similar note offering an impression that falls short of his preconceived ideas about the site:

[…] and there is nothing ancient here, save a few columns of Doric (one might have expected Corinthian at Corinth) order; they are seven in number, of a bad style—abacus too thin, and covers the whole of the capita—Egyptian fashion far superior. […] The Acro-Corinthus is a most noble rock, or rather double rock, walled all around the summit. (97)

Cumming criticizes the landscape, an ironic remark on the want of Corinthian columns and later concludes: “Corinth has few attractions—ruins, all ruins, which none of the picturesque to recommend them” (101). One can note the expectations a Victorian had when visiting Greece, reflecting the aesthetic of a Romanticized world they were taught in colleges. Finding a fallen state and dangers was startling, and even then travelers were left to wonder: “But where are the energies of the Greek character, the Phoenix-like, a new Corinth does not spring from the present ashes!” (104). Just a few years after the end of the war, Greece was expected to appear restored to its former glory.

Notes of a wanderer in search of health, through Italy, Egypt, Greece, Turkey, up the Danube, and down the Rhine 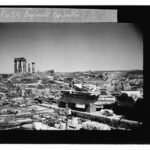 On the summit of ancient acro-Corinth, Greece, 1897.

*This blogpost is part of the research done in the course “Greece in Victorian Literature” (5th semester 63ΛΕ150) taught by Professor Efterpi Mitsi, Department of English Language and Literature, National and Kapodistrian University of Athens.

GREECE IN VICTORIAN LITERATURE (5th semester)Greece, as a site of relations between the classical and the modern, the West and the East, figured vividly in the Victorian imagination, inspiring novels, short stories, travelogues, essays, poems, as well as the visual arts. While ancient Greece informed Victorian Hellenism as a constitutive part the West and its imaginary tropes, civilization and democracy, Modern Greece confused and often disappointed Victorians who took a critical distance from the hybridity that it represented. Through the analysis of representative texts which offered the British readers stories of heroism, war, and romance or satirized through word and image the historical and political developments in Greece, this course will explore the cultural relationship between Britain and Greece in the Victorian period. Starting from Mary Shelley in the 1830s and ending with Virginia Woolf in the 1900s, we will discuss ideas such as: empire and nationhood, the role of gender, race, and class in interpretations of Greece, the interface between the popular and the scholarly readings of Greece, popular adaptations of Greek mythology, and Greece in Victorian material culture. Moreover, by doing their own research and finding new relevant texts, students will actively contribute to the original research project “Representations of Modern Greece in Victorian Popular Culture (REVICTO)” which is supported by the Hellenic Foundation for Research & Innovation (HFRI).

Title: On the summit of ancient acro-Corinth, Greece, 1897.

Leave a Reply Cancel Reply
You might also like
One of the following
“A Legend of Corinth” by Elizabeth Youatt (1843)
“A Greek Hamlet” (1880)
Julia Pardoe (1839), The Romance of the Harem, London: Henry Colburn.

REVICTO at Divergent Temporalities: Capitalism and the Conquest of Space-Time (Athens, Panteion, May 2022)