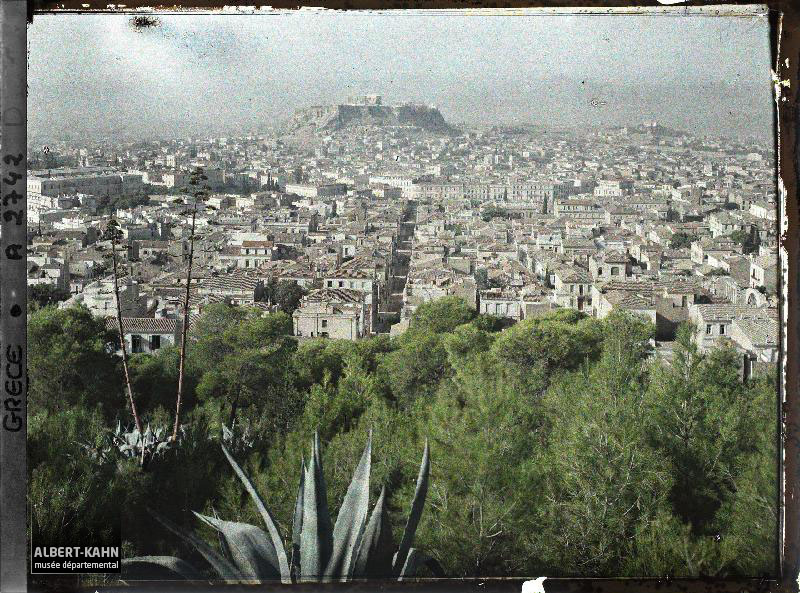 Mr. Thomas H. Mawson, the landscape architect, who has just returned from Athens, after a further interview with the King and Queen of the Hellenes, the Prime Minister (M. Venizelos), and the Mayor of Athens (M. Beneckes) respecting the reconstruction and remodelling of Athens, has given a representative of the “Times” some information as to the present aspect of the great scheme.
[…]
It is now agreed that there must be very considerable clearing of undesirable property in the neighbourhood of the Acropolis, around which a great boulevard is to be constructed. Before, however, much demolition takes place, it is proposed by the Mayor, M. Beneckes, who has lived a great deal in England, and has been much interested in the question of the housing of the people, especially in Bournville, Port Sunlight, and other garden cities, that an extensive housing scheme shall be developed—a scheme planned on the latest English models, but adapted, of course, to the climatic conditions of Greece. […] the starting point of the plan would be the new Union Railway Station, into which it is proposed to bring the several lines of railway now running into Athens.

Leave a Reply Cancel Reply
You might also like
One of the following
A Week in 1870s Athens
A British Hospital in Piraeus, 1897
Love and Pirates in Victorian Ancient Athens