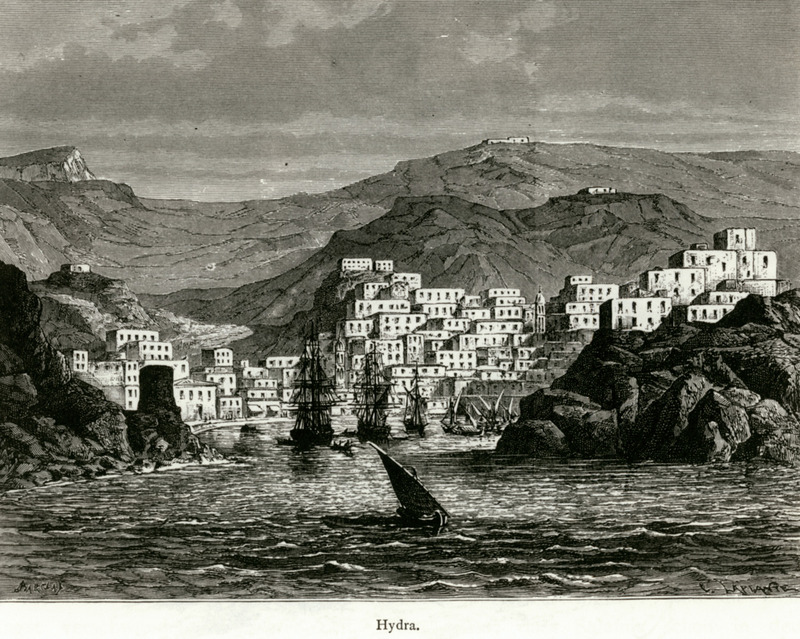 A heroic Greek woman in ‘The seamen of the Cyclades’, 1849

“The Seamen of the Cyclades” features a heroic Greek woman of the Greek Revolution, who, after her Hydriote husband is blinded by a traitor, takes his place in battle, commanding three vessels, three captains, and their men, and eventually volunteering, when no men do, to sail alongside Constantine Kanaris (a prominent figure of the Revolution) in a very dangerous mission. Soultanitza is distinguished for her brave acts as well as for her strong devotion to her husband and her country.

“All the vessels which yet lingered of the vast Hydriote fleet were now ready to start together, and the city was as one laid waste by a pestilence!—not a man was to be seen—all had departed to join the troops; even the aged, whose withered hands seemed fit for little else but to be joined in prayer, chose rather to bestow the last of their wasted strength on their beloved Greece, than to use it in order to eke out the brief portion of their remaining life. The doors of all the churches stood wide open, and before every altar the priests and the women were laid prostrate, wrestling in supplication for Greece and her defenders! Soultanitza averted her head as she passed them, for there should have been her place also. Her fearless resolution had become known over the whole town, and the Greeks are ever quickly and powerfully moved by any noble deed which excites their admiration.” (487)

Leave a Reply Cancel Reply
You might also like
One of the following
A Romance of a Greek Statue (1885)
Sophia Tricoupis, hostess and “mistress of socio-political diplomacy”
Anon. (1838), “The heroine of Suli”

The third Zappeian Olympiad in Macmillan’s Magazine in 1875