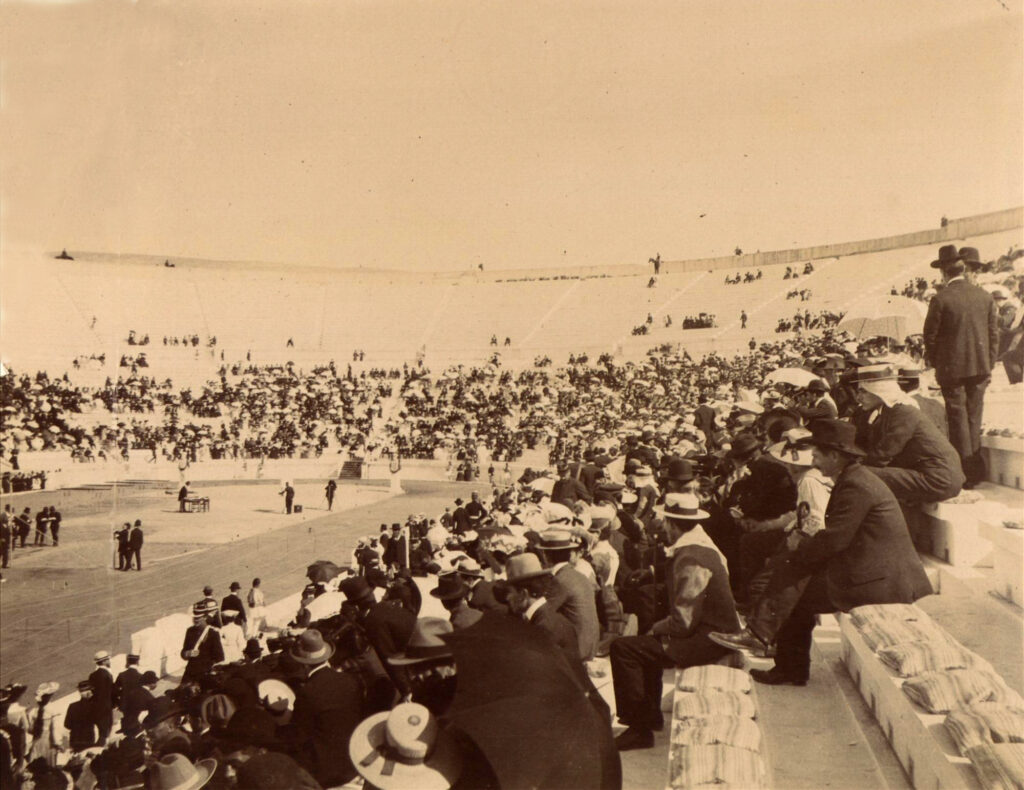 The third Zappeian Olympiad in Macmillan’s Magazine in 1875

“And all the world of Athens collected on a Sunday afternoon at five o’clock, θαυμάζοντες και θαυμαζόμενοι, as the daily papers said.”

In an article which appeared in Macmillan’s Magazine in 1875, classicist John Pentland Mahaffy relates his impressions of the third Zappeian Olympiad. It was a single-day athletic competition that took place in the excavated stadium of Athens, by the river Ilissos. This event complemented an international exhibition of agricultural products and industrial wares as well as an arts exhibition. Τhe Zappeian Olympiads was an institution proposed and funded by the Greek merchant Evangelis Zappas whose vision was to resuscitate the Olympic Games. It is this very idea of “resuscitation” that seems to jar with Mahaffy’s classical sensibilities: “The burden of great names and of a noble past seems to sit lightly on the modern Greeks”, Mahaffy notes and proceeds to describe, in a text full of wit and peppered with irony, the way modern Greeks treat an issue as grave as the Olympic Games with an insouciance bordering sacrilege. “The new Olympic Games seemed strictly a parody of ancient manners”, Mahaffy laments while constantly superimposing his ideal visions of ancient Games and festivals upon the comic sight before his eyes: judges in absurd tail-coats, athletes practised in orchards rather than gymnasia, barking and sleeping dogs in the course. System, form, and anything resembling athletic education are certainly lacking, he informs the reader; the moderns Greeks ignore the “great old model of Historic Greece”. Yet the author does not fail to be attracted by the energy and the picturesqueness of the crowd, the beauty of the faces and the costumes, and most of all, by the vibrant atmosphere of gaiety and joy of participation in this event.

Leave a Reply Cancel Reply
You might also like
One of the following
‘The only interesting geography is geography of three dimensions’: Williams George Clark in Peloponnesus and from Athos to Salonica (1858, 1863)
Sketches of Modern Greece in 1837 & 1838
Kalamata in 1905

A heroic Greek woman in ‘The seamen of the Cyclades’, 1849

Review of The Greek Revolution by Edward Blaquiere (London, 1824)