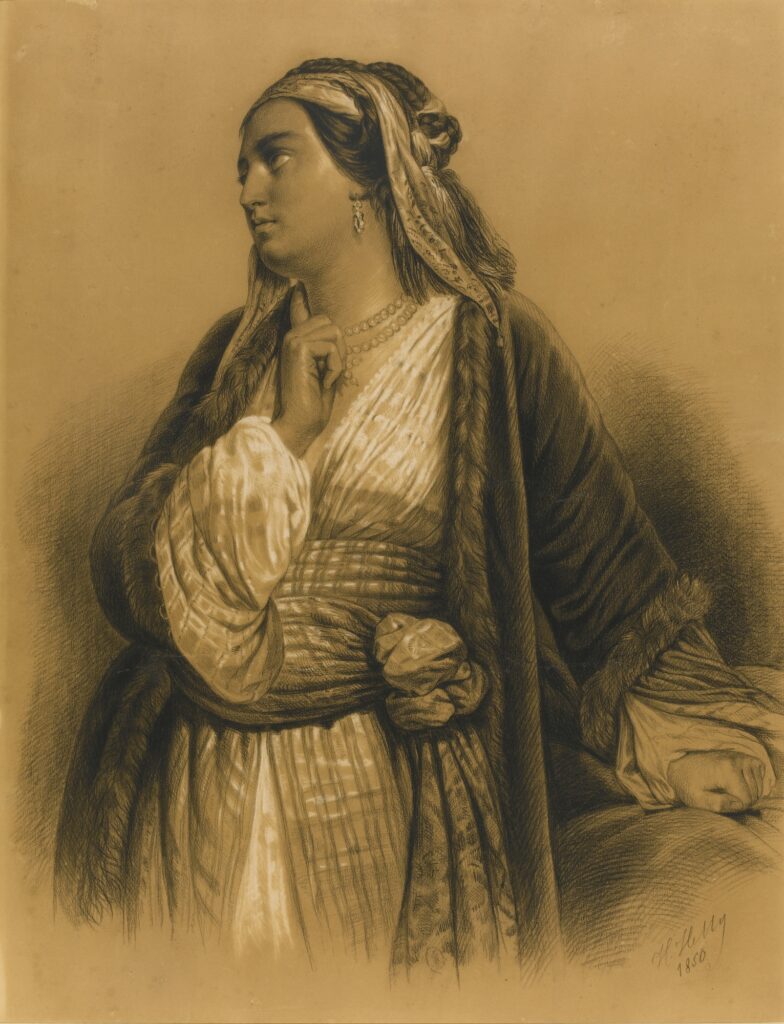 In 1867, a story entitled “Vasilissa”, which was published in The New Monthly Magazine, revisited the Greek War of Independence, centring on the figure of a Greek woman who is victimized not only by the enemy but also by the European men who have come to save Greece.  This publication appeared just as reports from the insurrection in Crete against Turkish rule provided the London newspapers with accounts of Turkish atrocities, stirring debates on the claims of the Greek kingdom on Crete. “Vasilissa” is a translation of extracts from Maxime Du Camp’s novella of
the same title, the first of three tales in his 1866 collection Les Buveurs de cendres, presenting the conflicted attitudes. “Vasilissa” presents the conflicted attitudes of three Philhellenes, who belonged to a secret ancient society (Tephrapotes) and had come to fight with the Greeks during the Revolution. As the Turks besiege the Acropolis of Athens in 1827, Fabian Sidorovitch, assisting the Greek army at Molos, falls in love with Vasilissa, “a girl of exquisite beauty”:

The marvellous beauty of the Greek girls, especially in the mountains, where the race has been preserved most intact, is well known. Fabian had been unable to contemplate the charms of one of these fair maidens – Vasilissa by name – who, driven by the invaders from her home at Arachova, on the heights of Delphi, had, after the loss of her mother and two brothers, taken refuge with her father, papa Gregorios, in the camp of Haji Skopelos. She was a girl of exquisite beauty; so much so, that in a land full of female perfections, her praise was in every one’s mouth, and a certain air of sadness and melancholy, spread over her fine features by the fearful scenes which she had witnessed whilst so young, added to the captivating character of her charms. Fabian had fallen passionately in love with the beautiful Greek girl, and himself young and brave, and already distinguished by his gallantry in a hundred feats of arms fought in the cause of her country, he could not fail to be looked upon with a favourable eye by the patriotic maiden, nor did his passion long remain unreturned.

After a fight between the Greeks and the army of Egyptians supporting the Turks, their leader Bakir pasha spots the beautiful Greek and desires to possess her for his harem, promising the Greeks “a large sum of money for the sweet eyes of Vasilissa”. The Greek leader’s answer associates the ideals of revolutionary Greece with that of Victorian England as “Haji Skopelos smiled as he answered: ’Our women are not goods to be sold or purchased. They are free women’”. Yet the story proves the opposite, as Vasilissa, despite the meaning of her name (queen in Greek) and her patriotism, is not in control of her fate. Although she refuses the goods and luxuries Bakir promises and spits at him, the narrator shows her as a woman who had “the characteristic nonchalance of a half-formed Oriental” and “lived, slept, ate, and was loved, and […] did not even suspect that there were other pleasures on earth…”

When his plan to abduct her fails, the pasha becomes even more obsessed to the point of betraying the Turks by opening the way for the Greeks to get to Athens in exchange of Vasilissa. As Fedor, the other Philhellene operating as a spy next to Bakir pasha, puts it, “We must sacrifice the girl, then, […] to the welfare of the cause.” By the end, Fabian is killed, Vasilissa delivered to the Egyptians, and the Greeks “reached Athens and saved the Acropolis for a time, but it capitulated on the 5th of June, 1827”. Whereas Greece is finally “saved” at the battle of Navarino, she perishes in the obscurity and “shame” of the harem: “Vasilissa reigned for a time in the harem of Bakir Pasha, till, getting weary of her monotonous melancholy, he exchanged her for a superb Arabian horse to which he had taken a fancy.” The ending of the story conveys the commodification and disposability of the Greek woman represented in the Victorian period as an exalted but also mutable subject, like Greece herself. “What ultimately became of [Vasilissa] is unknown” the narrator of the story remarks at the end. 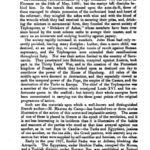 “Vasilissa” in The New Monthly Magazine 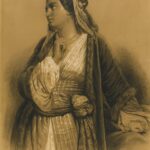 Meteora: “The Monasteries in the Air” in the Victorian periodical press, 1880 and 1888