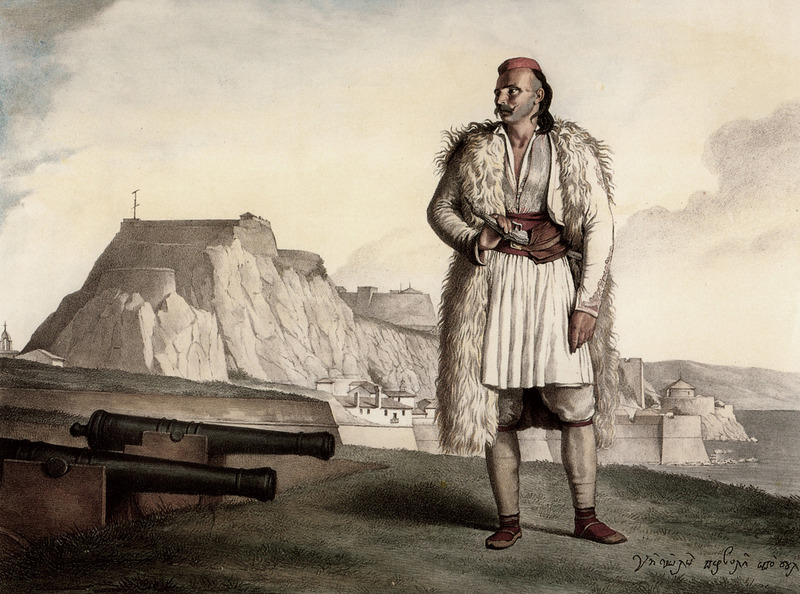 James Browne Hamilton. “Voyage from Leghorn to Cephalonia with Lord Byron” and “A Narrative of a Visit, in 1823, to the Seat of War in Greece. (Part I.)”

In this series of two articles, James Browne Hamilton provides a vivid description of his travel in the Ionian Islands, in the company of Lord Byron, and later on in Peloponnesus and the stronghold of Theodoros Kolocotronis, Tripolitza. Hamilton offers his impressions of Byron’s character, comportment, and convictions. At the same time, the narrator turns a keen eye to the Greeks and proceeds to record their customs, physique, and costumes. As a person keenly interested in the fortunes of the War in progress and a possible political independence of the country, he draws the portraits of significant personages, such as Colocotronis and Ypsilantis, but also the Souliots whose commitment to the War of independence he seems to question. Hamilton’s narrative is rich in images of a land laden with classical associations but currently scarred by a gruesome war, of fierce and cunning warriors, and of a blighted but hospitable peasantry.

Leave a Reply Cancel Reply
You might also like
One of the following
“Vasilissa” in The New Monthly Magazine, 1867
Annie Brassey at Cephalonia (1878)
Nineteenth-Century Admiralty Maps of the Greek Coastline and the Aegean Archipelago

The Great Exhibition of 1851 in The (London Evening) Standard