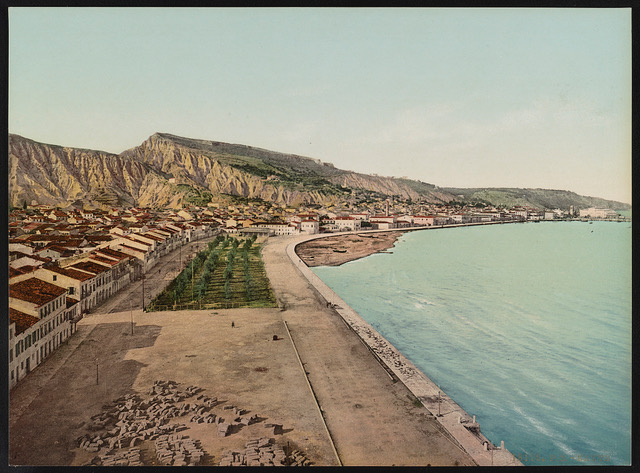 Zakynthos: Murderers and Currants. Excerpt from a 1870 novel reprinted in The Northern Star.

Excerpt from George Webb Dasent’s highly autobiographical novel, Annals of an Eventful Life (1870). The author explicitly declares the island of Zakynthos as the land of murderers and currants.

The book was immensely popular and, in the first year of its publication, it was reprinted five times.

Zante.— ln the afternoon we passed Ithaka, longing to land on that dry-weather spot, famous Penelope and Ulysses, and now for quince marmalade. But we had no time to stop; we were bound for Zante, “Zante, the flower of the Levant”—the beautiful fantastical island, with its revengeful race, of whom the director of police told me, when I asked him the difference between Corfu and Zante: “The difference is this, it takes ten policeman to arrest one man in Zante, but in Corfu one policeman will arrest one hundred Corfiotes.” It is a sort of paradise of murderers, Zante. There is at least one murder every day. Zante would not be Zante without it, and the whole population, man, woman, and child, think it is their bounden duty to assist any murderer to escape from justice. Their excuse is that San Dionysio, or San Geronimo, once helped a murderer down from the gallows; and as they are bound to what the saint did, why they do it. Close to the lawless mainland, too, a murderer is safe once is off the island. But it is a lovely spot, looking away to the ancient Messenia and right up the Gulf of Corinth. But the glory of Zante, which it shares with Patras and Vostizza, is currants. As Bergen in Norway, and Wick in Scotland, are all herrings, so Zante in the currant season is all currants. We were there just at its height, and currants were the reason of the signor’s going there at all. How many barrels of indigestion did we not see in the shape of the currant crop, piled on the wharf in casks waiting for transports to take them to all parts of the world? How many doctors’ bills after Christmas, and how many bottles of black draught might not the philosophic eye have seen, attending on those casks, after greedy little boys had consumed them in plum puddings and minced pies.— Annals of an Eventful Life.

Leave a Reply Cancel Reply
You might also like
One of the following
Poe’s vision of Zakynthos: Sonnet — To Zante (1837)
Mary Louisa Whately’s “Greek Slave” in Egypt
“A Modern Nausicaa” and Tourism in Corfu